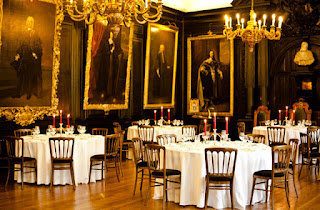 Senior LPF Fellow Dr Simon Thomson invited the London Pain Forum to the Apothecaries' Hall in the City of London on Friday, 22nd April 2016 and gave the special guest lecture at the black-tie meeting on "Personalised Pain Medicine". 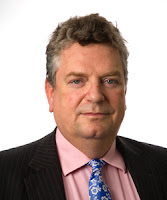 The Worshipful Society of Apothecaries of London was incorporated by royal charter on 6 December 1617.

The Society's Hall in Blackfriars, formerly the guesthouse of the Dominican Priory of the Black Friars, was acquired in 1632. Destroyed in the Great Fire of London, it was re-built by 1672 on the same site, where it still stands.

From 1672 until 1922, the Society of Apothecaries manufactured and sold medicinal and pharmaceutical products at the Hall, and in 1673 it founded the Chelsea Physic Garden, only relinquishing managerial control in 1899.

In 1704 the Society won a key legal suit (known as the Rose Case) against the Royal College of Physicians in the House of Lords, which ruled that apothecaries could both prescribe and dispense medicines. This led directly to the evolution of the apothecary into today's general practitioner of medicine.

Just over a century later, as a result of the Apothecaries' Act of 1815, the Society was given the statutory right to conduct examinations and to grant licences to practise Medicine throughout England and Wales, as well as the duty of regulating such practice.