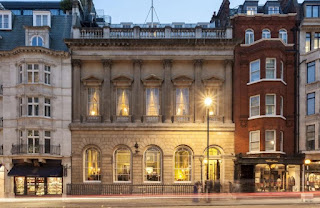 The 18th Meeting of the London Pain Forum took place at the Carlton Club, St James' Street, London on 17 November 2017.

The 185 year old club is famous for being the original home of The Conservative Party.

The LPF were were honoured by Prof Nadey Hakim's kind invitation to the Club and were very grateful for his inspirational special guest lecture at the meeting. 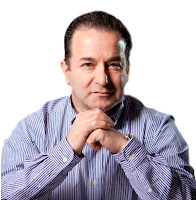 
HISTORY OF THE CLUB

The Club was founded in 1832, following the massive reform majority in the 1831 general election, by Tory Peers, MPs and others, in order to improve the organisation and effectiveness of the Party.
On 10 March 1832, a meeting at the Thatched House tavern appointed a committee to take on and manage new premises in Carlton Terrace. The name ‘Carlton Club’ was adopted a week later.
By 1835 the club’s wealth and standing were such that it moved to specially designed premises on Pall Mall. Membership was a badge of allegiance to the Conservative Party and the Club provided the core of the party’s organisation for many decades, particularly before the foundation of Conservative Central Office.

The present address of 69 St James’s Street only became a clubhouse after the Pall Mall building was destroyed during the Second World War. Thankfully, many of the club’s most valuable portraits survived and now adorn the clubhouse walls.
The architect Thomas Hopper (1776-1856) designed the clubhouse in a restrained Palladian style, using Portland Stone. Like so many Regency buildings, the interior is dominated by an impressive stone staircase. Hopper used Greek sources for inspiration for the decoration.
Over the years, the clubhouse has been lovingly restored and maintained in a way that is deeply respectful of its heritage.